Many films and n﻿ovels have been made based on Jane Austen's 'Emma', one of them includes 1995's Clueless staring Alicia Siverstone as Cher Horowitz (20th century appropriation of Emma Woodhouse) 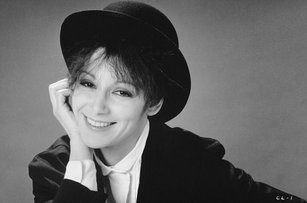 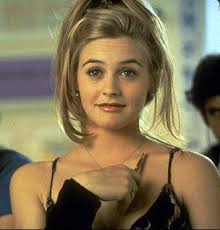 Alicia Silverstone staring as Cher Horowitz
A little bit about Clueless...
Clueless is an American comedy film loosely based on Jane Austen's Emma. it stars Alicia Silverstone as the main character 'Cher Horowitz', who is the appropriation of Jane Austen's Emma Woodhouse. Cher is a beautiful, wealthy and popular student, daughter of a very known lawyer and whose mother is long since dead. Cher's best friend Dionne Davenport is also rich, gorgeous and knows what it is like to be envied. 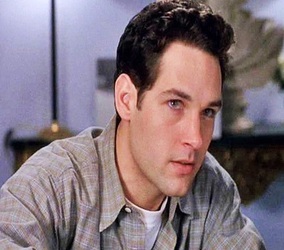 Paul Rudd staring as Josh
One of the very few people who like pestering with Cher is Josh, her ex-stepbrother, who is visiting them during his college vacation. Josh and Cher spar continually but without malice; she refers to him as "granola breath" and mocks his scruffy idealism, while he teases her for being selfish, vain, and superficial, and says that her only direction in life is "toward the mall". To prove to her ex-stepbrother that she is not as selfish as he sees her, takes it upon her self to commit good deeds, which is why she decided to take on the role of the matchmaker and find a suitor for her teacher, who seemed sad and lonely. with her first good deed successfully completed she decides that good deeds are fun and that she should be doing more of them, hence why when Tai Fraizer, the new and tragically 'unhip' student comes to their school, Cher decides to 'adopt' her and transform her into a popular student. 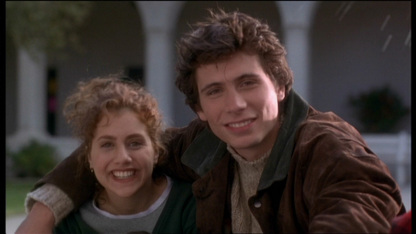 Brittany Murphy sating as Tai and Jeremy Sisto staring as Elton
One of the many steps to making Tai popular was to persuade her to keep away from 'Travis Brinkenstock' who Cher considers to be an amiable skateboarding slacker, and encourage her to fall for Elton, a snobbish son of a music-industry executive.
Cher's second matchmaking does not go to plan as Cher son finds out that Elton is in fact in love with her and not Tai, breaking her friends heart.
When a dashing new student 'Christian' arrives to school, Cher forgets all about her plan to find a suitor for the friend and decides to seduce Christian and make him hers. Her plan, however, backfires when she soon finds out that Christian is in fact a homosexual after her failed attempt to seduce him into sleeping with her. 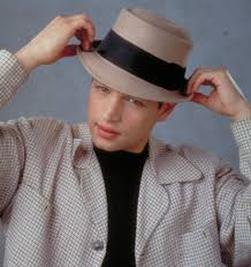 Justin Walker staring as Christian
Cher has a problem! Her plan to make Tai popular has worked too well and Tai has turned into an attention grabbing son, who soon realizes that she has a crush on Josh. When Cher ridicules the idea, Tai insults her and shows her that she has been outdated. Cher soon enough realizes why the fact that Tai like Josh angers her is because she loves him and had not realized it. she is unable to use her normal 'seduction' techniques as he is not like many boys. Hence why she is more than delighted when Josh admits his feeling for her.
in the end, the first match that Cher made in the beginning get married and  Tai, Dionne and Cher's friendship is solidified. Tai ends up accepting Travis's attempts to go out with him and Cher accepts Josh's request and becomes his girlfriend. She embraces Josh and they kiss as the film closes.
Emma and Clueless...
clueless is said to be a Americanized, updated version of the 16th century Emma by Jane Austen, it shares many characteristics of the novel as well as  significant differences with it.
the film transports Emma from the 16th century to the 20th century, from and English country land to southern California, hence producing 'Cher Horowitz'.
Clueless utilizes the classic, high brow text by adapting it and making it more appealing for indi﻿viduals of the 20th century. This includes the use of modern language, common settings, technology and visual graphics.﻿

So... what has changed ? (Similarities/Differences)...


Values in Emma and Clueless...


Class: The higher a persons social class, the more they are respected. Some one with a low social class was not treated with the same respect as the higher social class. This is shown through both texts.
In Emma; Mr Martin was considered someone of no class, hence Emma did not respect him; it made sense in the world of Jane Austen.  This was also shown through Cher, who was respected and well known as she was considered to have class.


Gender Roles: In Jane's world, a male was the gender of authority and it was to stay like that. Emma had started off as an independent character who was self assured and confident. However she crumbles at the end and falls in the mercy of Mr Kightley's Hands.
The idea of males over females was not displayed in Clueless. It was changed to shoe a balance between both genders.
Tuwa Al-Assadi
Powered by

Create your own unique website with customizable templates.
Emma